During last week’s trip to the United States organized by Friedrich-Ebert-Stiftung, members of Ukrainian parliament, civil society leaders and journalists held a number of meetings with the US and UN officials to advocate support for Ukraine to fight against russian aggression.
In Washington DC Ukrainian delegation has met senators and congressmen, both from the Democratic and Republican parties, such as Bernie Sanders, Adam Kinzinger, Steve Chabot, Veronica Escobar, Jim Costa, Brad Sherman.
The group of leaders from Ukraine had also met the representatives of the State Department and the Pentagon, various DC think tanks and media.
During the visit to Washington DC the discussions focused on advocating for more weapons for Ukraine, including such long-range weapons as multiple launch rocket systems. 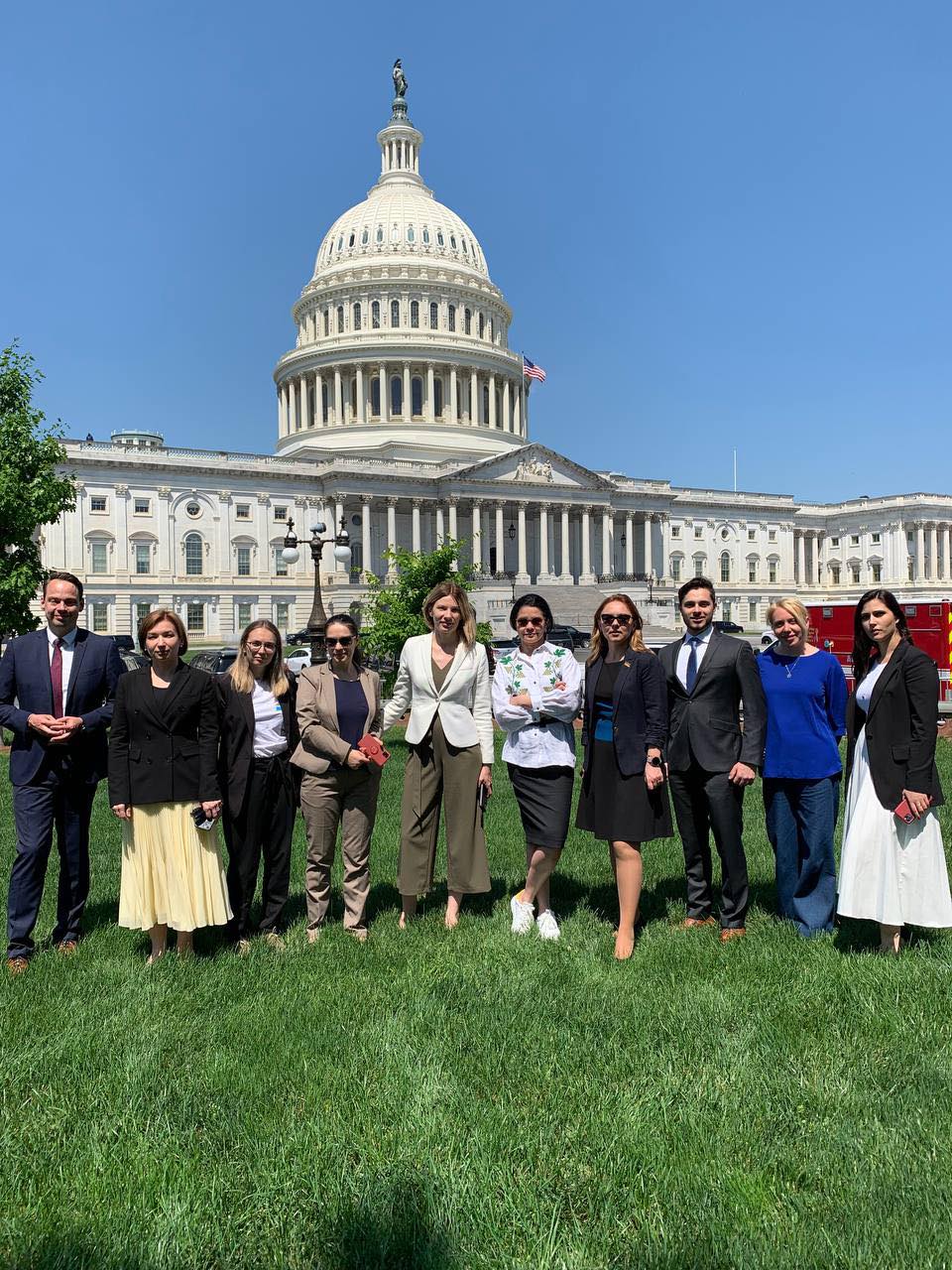 In New York the Ukrainian delegation held meetings with the UN Under-Secretary-General  for Political and Peacebuilding Affairs Rosemary A. DiCarlo and other officials. The representatives from Ukraine discussed the global food crisis and what the United Nations can do to negotiate a corridor on the Black Sea to allow Ukrainian exports.
“We also called for greater attention and investigation of the russian war crimes against Ukrainian civilians and establishing an accountable mechanism of investigation and punishment”, - said Olena Tregub.
At the International Peace Institute in New York NAKO executive director reported on the role of women in fighting against russian aggression and in the Ukrainian defense sector in general.

During the speech, Olena Tregub also remarked on the issue of arms supplies to Ukraine.
“The US support for Ukraine remains strong. Yet Ukraine is unable to receive some of the specific weapons it is asking for. At the same time the domestic issues inside the United States are growing, as the gas prices are rising and inflation is going up. The free world cannot afford any fatigue from the Ukrainian war. It is an existential war not just for Ukraine but for the whole civilized humanity. This war should be won, the genocide of Ukrainians should be stopped and russia should be held accountable for its actions for the sake of global peace and security”, - emphasized Olena Tregub